With the departure of Chase Peterson as President of the University in 1991, Arthur K. Smith, the first president who was not a member of the LDS church, took the helm. President Smith inherited an institution that had gained national standing not only for the depth of its research programs--by 1998 the University ranked 41st nationally in income received from patents and licenses--but for its commitment to providing a quality education in all fields. The decade of the 1990s also saw the University reach national standing in sports. The 1994 football season–the best in school history– saw Utah finish the season with a school-record 10 wins (10-2) and a No. 10 Associated Press ranking. The Utes also ranked nationally in volleyball, and skiing, and the women's gymnastics team continued their dominance. But it was the men's basketball team, under coach Rick Majerus, that provided the most thrilling highlights, advancing to the NCAA "Sweet Sixteen" several times during the decade.

Also during the 1990s, the campus continued to expand, with a virtual construction boom that included the Hunstman Cancer Center, funded by the largest gift the University has ever received; the 45,634-seat Rice-Eccles Stadium renovation; the Dumke Gymnastics Center; the George S. Eccles Tennis Facility; the Dee Glen Smith Athletics Center; the Language Communications Building; and new dance and biology buildings. Existing buildings, such as Kingsbury Hall and Gardner Hall, and the athletics auxiliary training room, were completely renovated, and a 200,000 square foot addition to the J. Willard Marriott Library was finished in 1996. In 1997, President Smith left the University of Utah, and was replaced Jerilyn McIntyre as interim president. She in turn was replaced at the end of the year by Bernard Machen.

This is not to say that the University of Utah does not face challenges; enrollment has wavered, with many students choosing one of the community colleges that have been established in the state, and obtaining sufficient funding from the Utah legislature is still the same problem that it was back during the days of John R. Park. The University still walks a fine line between being on the cutting edge of the very latest research, and providing a solid, grounded education that the citizens of the state of Utah have come to expect from their flagship school. Beyond the issues of education vs. research and adequate funding, the world at large has created one of the biggest challenges the University will face in the new millennium. This got its start in 1995, when Salt Lake City was awarded the Winter Olympics for 2002. The University was selected as the site for the Olympic village, and Rice Stadium for the the location of the opening and closing ceremonies. Fort Douglas gave up more of its land for the construction of the Olympic Village, which will become student housing after the Olympics. The entire campus will be affected for the next two years by this world-class event.

Yet the students--the real future of the University of Utah--continue to come to classes; researchers continue to make advances in technology and medicine; the faculty continues to impart their knowledge and experience to willing minds. Despite the many advances in science, tehnology, and other fields, no one can yet predict the future, so it is impossible to say what the next 150 years holds for the University of Utah. But if the past is prologue, as the philosophers say, then the city of Salt Lake, the state of Utah, and indeed the world can continue to expect great things to come out of the campus on the hill.

Presidents of the era: 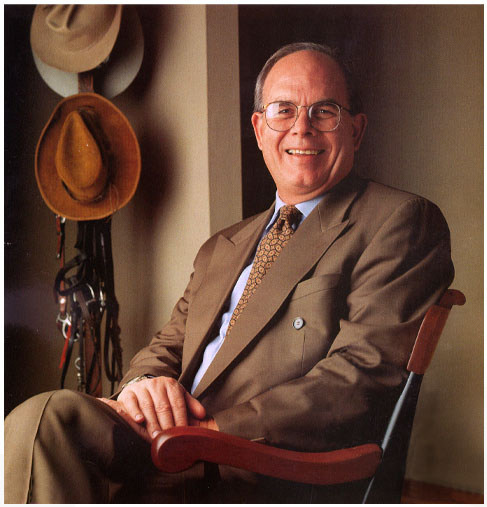